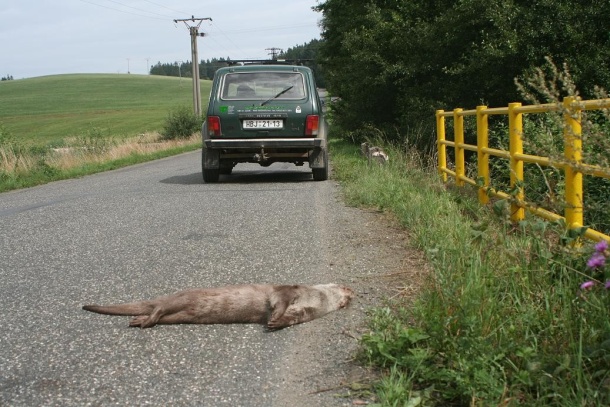 Many otters (Lutra lutra) are killed on the roads each year, negatively affecting the population. For other animal species, roads can create an impenetrable barrier fragmenting the population. But this is not the case with the otter. The major issue is otter road mortality. According to our own data, the number of otter road casualties increases every year in the Czech Republic. And that is an issue in all Czech regions. Appropriate measures can be taken to reduce the number of otters killed on existing roads, but these may be expensive and it is important to consider the costs as well as the benefits. However, many mitigation measures can be easily implemented, involving creating safe, dry routes under roads. Usually, underpasses and culverts can be adjusted using wooden benches or other relatively simple technical solutions. Such safe underpasses serve not only otters, but also other animal species, migrating along the rivers. 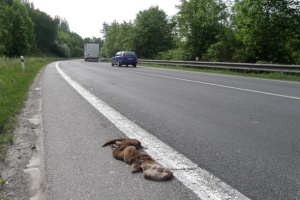 The number of recorded dead otters increases every year. At present, about 50 carcasses are recorded yearly; out of these 80 percent are cases of vehicle-induced mortality. The reasons why the numbers increasing are a) increase in road traffic intensity, b) otter population increases, c) increased public involvement in road casualty monitoring. 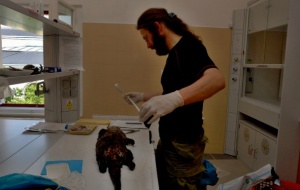 The cause of otter deaths is primarily determined based on the given circumstances. Since 2008, such deaths have also always been either confirmed or proven false by an autopsy report. Autopsies are undertaken in a standardised way based on methodology recommended by the IUCN Otter Specialist Group (Simpson 2007, 2011). The investigated factors are: cause of death, animal age (according to body size, condition, cranial sutures, incremental teeth lines), animal sex, reproduction status, condition, macroscopic check of all body organs, biometry, stomach content, parasitology (analysed by the Czech University of Life Sciences) and mercury content (analysed by the University of Pardubice). Further specific analyses (gas chromatography for presence of poison, x-ray examination) are performed in case of continued suspicion or ambiguity.

The results of otter mortality research up to year 2011 have been published in English and are available here: Causes of deaths of Lutra lutra in the Czech Republic 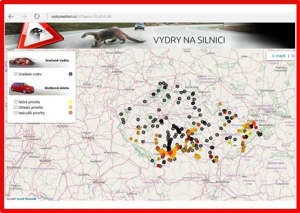 ALKA Wildlife has recently launched an online map presenting otter road mortality records and critical places for otters on roads. It is designated for professional public use, such as by road construction authorities and nature conservation authorities.