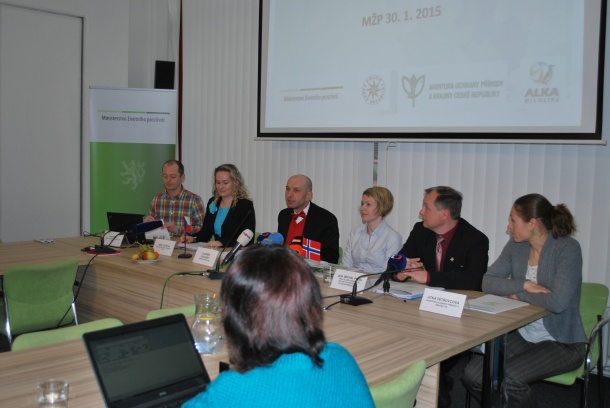 A press conference on the seriousness of the issue of illegal otter killing in the Czech Republic has been organised in cooperation with the Ministry of Environment of the Czech Republic, the Czech Police Service and the Nature Conservation Agency of the Czech Republic. For more information see the Radio Prague interview with Tereza Mináriková of ALKA Wildlife at http://www.radio.cz/en/section/curraffrs/environment-ministry-joins-forces-with-ngos-to-combat-wildlife-poaching

More otters are killed on roads every year. New map application shows where are the critical places

Otter shot by poacher in Oleksovice near Znojmo

The monitoring of otter road casualties is organised in order to identify priorities for implementation of mitigation measures. Based on the results...

A2 Estimation of otter abundance

One of the actions undertaken by the Czech national Otter Management Plan is population surveillance and mapping. Estimates of otter numbers in...

Dead otters are a valuable resource for population studies and there is great value in collecting carcases for post-mortem studies. Since 2008...

Population viability analysis (PVA) is a species-specific method of risk assessment frequently used in conservation biology. It is traditionally defined as a...

The website vydryonline.cz, providing complete information on otter biology, ecology and conservation issues, is launched as part of the project.

Otter nature trail for general public was created along River Dyje between town Dacice and Stare Hobzi. A website about the trail...

Meetings with Czech managers from road construction authorities will be organised in order to present the map of otter road deaths and,...

A detailed analysis of the conflict between the economic interests of fisheries and otter conservation in the Czech Republic will be provided...

A9 Development of underwater “against otter fences”

Technical equipment protecting fish against otter attacks will be developed and tested. Currently one type of underwater “otter fences” are being tested...
ALKA Wildlife, o.p.s. © 2022